Both books will be available for purchase and signing at Octocon. Come and hear Garth and Sean talk about their books and the collaborative writing process!

Have Sword, Will Travel: It is strange enough that Odo and Eleanor have stumbled upon a sword in a dried-up river outside their village. It is even stranger that Odo is able to remove it from where it’s buried. And it’s REMARKABLY strange when the sword starts to talk.

Let Sleeping Dragons Lie: Odo and Eleanor are excited to be knights. Only… nobody’s asking them to go on a quest. So they’re stuck at home, using their trusty and talkative swords to defend their village when there’s cause for defense. But mostly it’s just… waiting for something bigger to come along. 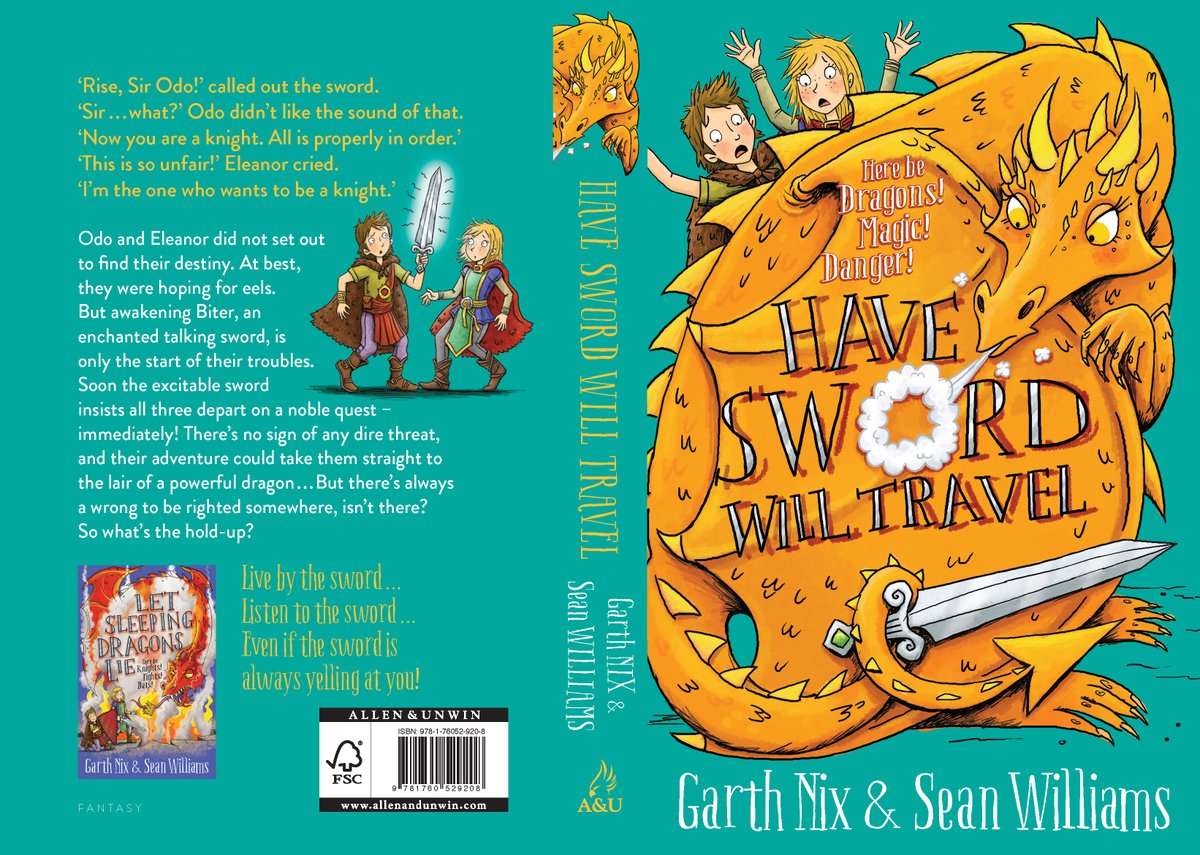